A Relationship with the Scale

I've been wanting to write an article on my struggle with body image, my weightloss story, and my relationship with the scale for some time now.  At every speaking engagement I have or running group that I start, I touch on my struggles.  I feel that it's important to share your story.  Not only successes.  But, most importantly your struggles.  It's your struggles that make you who you were, who you are and who you are still striving to be.  Every.  Single.  Day.  Once you reach goals, half of the battle is sticking at it.  Keeping the weight off.  Keeping up with your training.  Pushing yourself further.  It's too easy to let old habits creep back in - and for new habits to die young.  It's your struggles that make you better.  My struggles have thoroughly made me appreciate who I am today.  And my struggles keep me going. 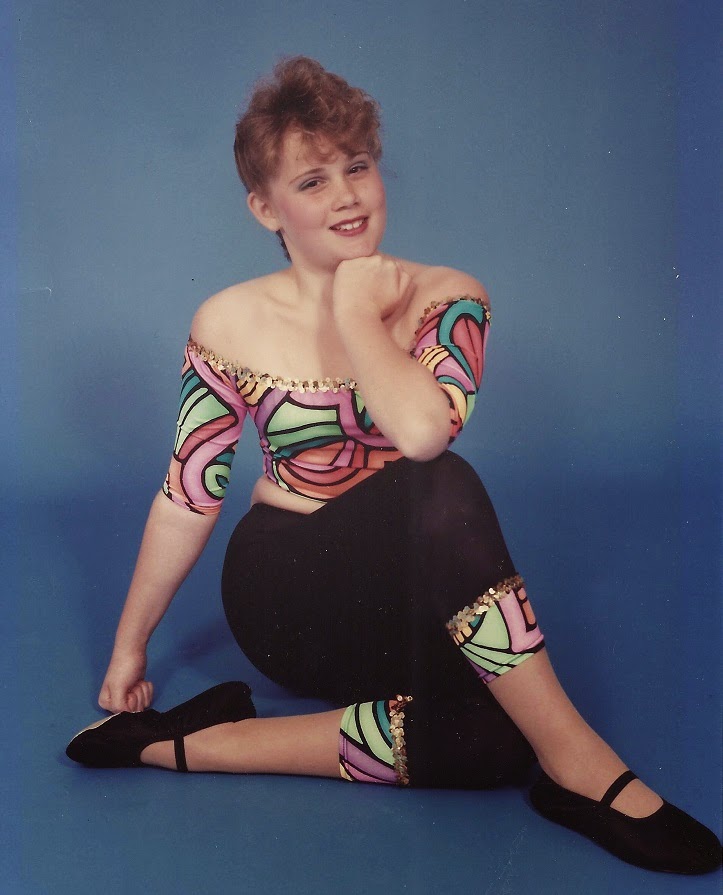 I was always the chubby girl.  Not heavy.  Just chubby.  I was shy and didn't like to try out for sports or extra-curricular activities.  I didn't like trying new things.  I hated gym class because I despised running that mile at the end of the year.  I always finished in the back of the pack as I ran/walked and was completely out of breath.  I love dancing and performing.  I loved learning a routine, perfecting it and performing in front of the crowd.  As active as I was in dance and poms, I still never looked active.
It's because I ate like garbage.  I'd walk two miles home from school and consume an entire back of Cheetos while I did my school work.  I'd eat an entire Tombstone pizza for dinner.  I remember waking up in the middle of the night to nibble on a pan of brownies my mom made and this was a routine that I continued into adulthood.  I started taking an interest in boys, but they didn't take an interest in me. 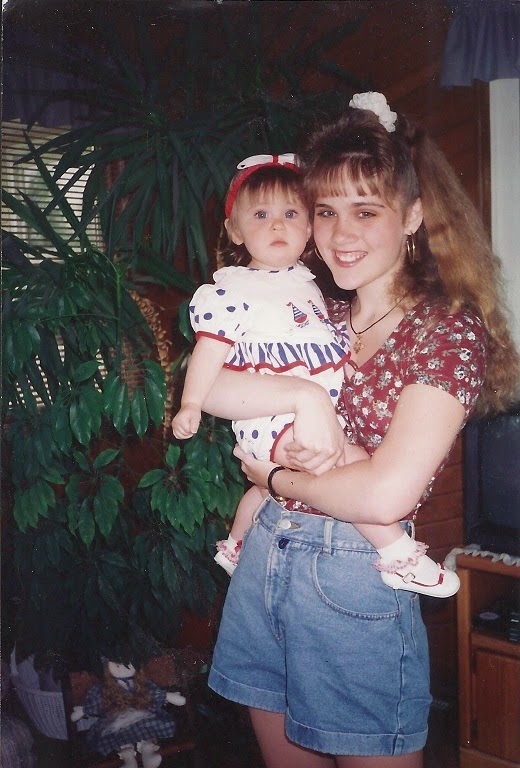 In seventh grade, I was asked to the seventh-grade dance by a boy and my world changed.  The day before the dance, I got so nervous that I was nauseous.  I got physically sick and I thought I had the flu.  I stayed home the next day from school too and was unable to attend the dance.  I was making myself physically sick.  But I wasn't ill.  It was nerves.  After the weekend went by, my stomach turned again on Monday morning.  I barely made it to school.  I had lost about five pounds over the weekend.  I couldn't eat lunch at school that day.  I was too nervous around my friends - and that boy.  I went home and felt crummy and was zapped of all energy.  I stepped on the scale and realized that I had lost even more weight.
Huh.  I didn't eat and I lost weight.  Hmmm.
From that day on, through my freshman year of high school, I would get physically sick every morning before school, would skip breakfast and would pack only "liquids" for lunch - sugar-free Jello and fat-free yogurt.  If I didn't pack it, I couldn't eat it.  I was starving myself and making myself sick.
By my freshman year, I was 115 lbs.
I don't remember what happened during my sophomore year of high school, but I went back to eating more junk food.  Oh yeah, I met another boy.  I eventually quit the pom squad and dancing altogether after I met my boyfriend (and future-first-husband) and became a couch potato.  I remember we would sit together and each consume a 20 piece Chicken McNugget dinner because it was $1.99 on certain nights of the week.  I was inactive.  I was eating terribly.  I was unhealthy.  I was miserable.  I graduated high school around 170 lbs and by the time I turned 19, I was 192 lbs. 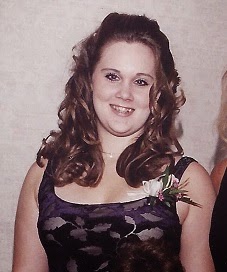 Nothing fit and I remember not having quarters to do the laundry.  I would rotate the same two pairs of pants and three of four stretchy shirts every week.  I was living on my own and couldn't afford new "fat clothes".  It was sad.  I was sad.  I went into the doctor's office for my annual physical.  I was 19 and miserable.  I remember sobbing to the practitioner.  I felt helpless.  I wanted to change but didn't know what to do.  She prescribed anti-depressants.  I got home and realized that those pills weren't going to solve my problems.  So, I tossed them in the garbage. 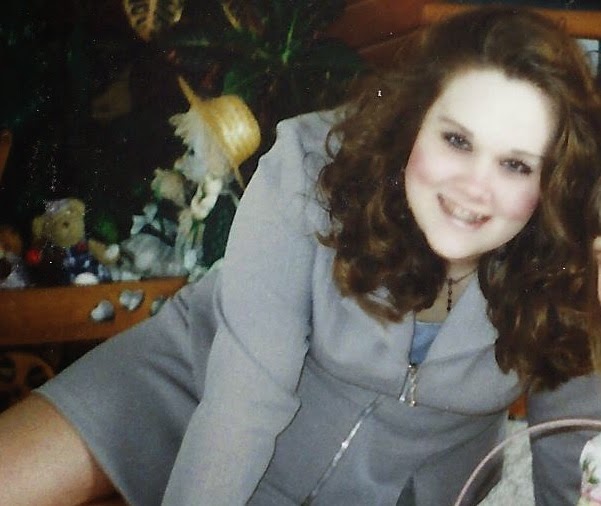 I was working part-time and a co-worker encouraged me to join Weight Watchers with her.  Wasn't Weight Watchers a room full of old, grey-haired ladies and obese people??  Nope.  I showed up and got on the scale and was surrounded by all sorts of different people - men and women.  I learned that foods had a value.   I learned how to calculate their POINTS value.  And from that day on, I would think twice about what foods I was putting into my mouth.  Even today - almost fifteen years later - I think about the VALUE of that food I'm putting into my mouth.  It doesn't always stop me from eating it.  But, I'm aware of what I'm doing and how my body is benefiting from it - or won't benefit from it at all. 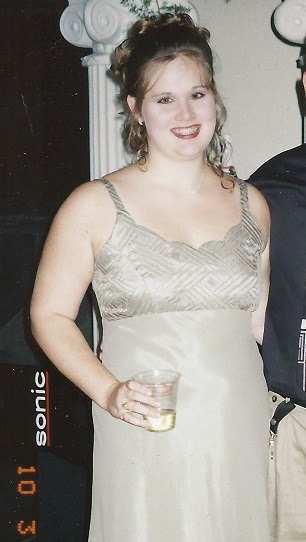 I lost weight on Weight Watchers more than ten times over the next 5-6 years.  I learned about eating right, but the weight always crept back up.  Other than occasional walks around my neighborhood, I never had a regular exercise routine.  At the birth of my first child, I weighed 196 lbs.  I was gestational diabetic with both of my children.  Eating high protein and low carbs - to me meant eating lots of meat and cheese.  While I took my blood sugars four times daily, my weight just kept on creeping up.  This wasn't "baby weight". 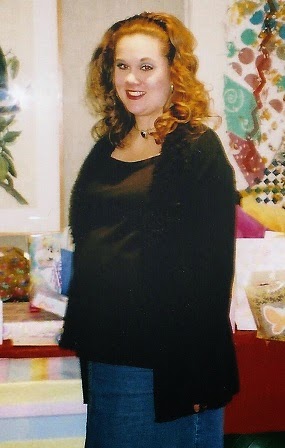 When my daughter was eighteen months old, I watched a friend compete in Ironman Wisconsin.  I figured that if he could swim, bike and run 140 miles in one day, that I could try running around my neighborhood.  The next day, I tried running and was hooked.  It was my first time I truly did something for myself - and I enjoyed it.  And, I became passionate about it.  Running has given me confidence.  In myself.

Nine years later, I have run dozens of 5Ks, close to fifty half marathons and am running my eighth full marathon this weekend.  Combined with an overall healthy diet I've been able to manage my weight.  My weight still goes up and down a little.  But, the peaks and valleys aren't so drastic.  I don't starve myself.  I don't eat carrot sticks and egg whites all day.  But, I do try to make healthy choices.  I do indulge (cupcakes anyone?!).  But, I am aware of it.

And when I still need a little accountability with my diet (I have the exercise portion covered now!!), my gal pals and I text each other scale photos each Monday.  I've practiced this accountability (sometimes mortifying) process with several girlfriends in the past several years.  It's a good way to encourage one another. 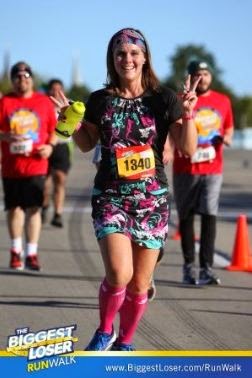 I believe that everyone should have a healthy relationship with the scale.  I've heard of some women that step on it a dozen times daily.  I know that I step on it more when I'm feeling better about myself - eating well and running an oober number of miles.  And I tend to step on it less when I want to cringe and look at that number staring back at me.  I will never be that 115 lb thirteen-year-old girl again.  But, I also know that I will never be that 196 lb woman either.

With all of my marathon training lately, my scale was up the other day.  Bummer!  But I can remove my pants without unzipping them.  Yeah!  Take in the big picture.

Now, don't go throwing out that scale.  I feel that you should use it as a tool to regularly hold yourself accountable, whether once a day or once a week or once a month.  Just check in with yourself once in a while.  But, remember that even though the scale will flash back a number - it won't tell you the whole story.  Try to use a pair of "fat pants" or "skinny pants" to help you see your successes or struggles.  Measurements can make you feel better and more aware of the big picture than that number glaring back at you. 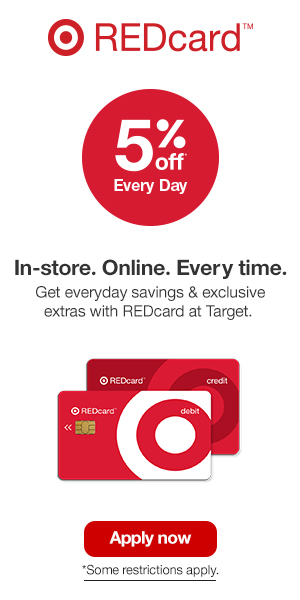